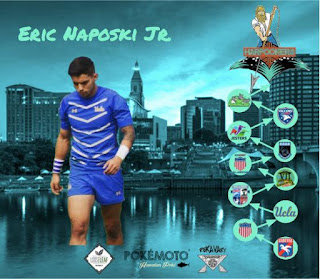 The Hartford Harpooners have won the lottery with this sweet pick up. A Connecticut local who’s doing big things out on the world stage @ericnap . Eric is a confident young man that has developed into quite a rugby player. Already having represented some tops sides @ramblinjesters & @usarugby and making his debut as a professional rugby player for @rhinos.rugby carving and slicing it up in @bermuda . Eric is a smart and illusive player that can be found almost anywhere in the back line and we are truly excited to have him and his talents here in his home state with the #HartfordHarpooners we hope to not only see him representing in the @usmlr but even getting a look at for the national sevens team, possibly representing in the 2024 Paris Olympics #ManifestingLegendaryRuggers