Sondai Adjei is ready to display his talents and compete 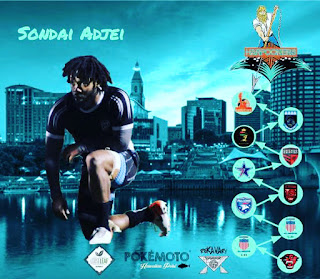 The Harpooners have picked up a baller! @ssska_75052 Sondai it’s a surprise he’s not already in the @usmlr so he’s looking to get his name out even more through the Harpooners. Sondai has moved through the @usarugby pipeline from representing the Under-19 & Under 20 All American 🇺🇸 team to the USA Falcons, and playing for select side teams like @rootsrugbyfamily and in the ARP with @nyoldbluerfc Sondai has been perfecting his craft primarily playing as a playmaker he’s very versatile and eager to show the world who he is and we are excited it’s with the #hartfordharpooners #manifestinglegendaryruggers