Former USA Eagle is Added to the Roster

The man whose been around the world and has found his home here in Connecticut, Marcus Satavu will be representing the Harpooners. Marcus was first introduced to the game of rugby when he made a trip to Fiji at the age of 6 and since then hasn’t looked back. Growing up in America he grew up playing just about every sport but was sold on rugby. Marcus can be found floating anywhere on the field from the centers to the back three and even in the back row. Marcus went on and played rugby in the US Air Force where he went on to serve his country for sevens years working to gain the opportunity to represent the USA Rugby national team. He went on to play for many select side teams Tiger Rugby, Bulldog Rugby, Atlantis Rugby, making his way into the MLR with Rugby United New York and also double dipping with the USA Hawks before crossing into World Tens Series with the Miami Sun. Marcus is extremely excited to have a high performance rugby team that is providing a pathway for players to represent higher levels of play and we are stoked to have him represent #hartfordharpooners where we look at #manifestinglegendaryruggers 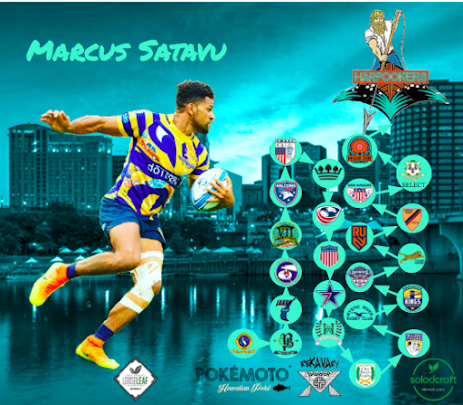