The Harpooners are excited to announce the latest addition to our roster, Hiko Fotukava Malu Jr., aka “Horseface”. Hiko started playing rugby with the Sacramento Lions in California. He would then go on to play for Life University, Atlanta Renegades, and the Atlanta Rhinos. He would also represent the United States, playing for the USA Hawks during the 2017 Rugby League World Cup in Australia, New Zealand and Papua New Guinea. He then go on to play for Pathway 404. Hiko has already played for the Harpooners last month at Ruggerfest-Fort Lauderdale. 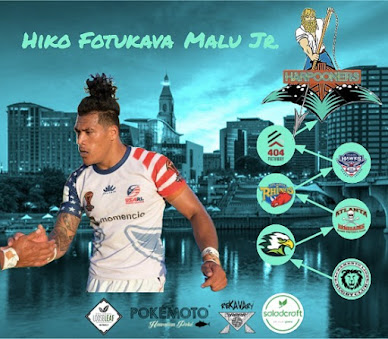